As the saying goes, it’s all fun and games until someone lets a professional esports sim racer take their place - or something like that.

Yes, it’s the "rub your eyes and check again" story from Formula E that Audi have suspended driver Daniel Abt after he was disqualified from the Race at Home Challenge for letting a professional esports competitor control his virtual car.

Recap for new readers - Formula E is a street race series where drivers only use electric cars. I'm not talking Lewis Hamilton in a Nissan Leaf, Formula E is the real deal with all the slick and sheen of its gas based equivalent.

The ABB Formula E Race at Home Challenge in partnership with UNICEF *pause for breath* was the sport's response to social distancing measures that put the brakes on normal proceedings. The Challenge is designed to provide a virtual equivalent of the paused regular season, raising money for a worthy cause whilst doing so. The initiative sees Formula E follow traditional sports worldwide, who have turned to esports for continuity in place of suspended competitions.

Daniel Abt races for Audi in both manifestations of Formula E.

Now, back to the story.

Prior to the race in virtual Berlin, Daniel was sat pointless in the Race at Home rankings. Points are scored in the usual way - the higher you finish, the more you get. Not to be perturbed by past performances, Daniel pulled off a masterpiece and crossed the line in third place. Or so it seemed...

Suspicious co-competitors immediately sounded the alarm, calling Daniel out as they were "really not happy here because that was not Daniel driving the car himself, and he messed up everything". The ruse was up. The rumbled racer was disqualified and forced to make a charitable donation of €10,000.

Daniel since revealed it was supposed to be a joke and apologised for not taking the competition more seriously. Unimpressed, Audi suspended Daniel for failing to show integrity (and presumably for failing to grasp that Audi's slogan - Vorsprung durch Technik, Being Ahead through Technology - really requires you to be the one steering the tech).

There are certainly amusing aspects to this story - Q. How could Daniel get away with the swap during a live streamed race? A. He blocked his face with a microphone - but whilst unusual it touches upon the difficulty esports has in upholding integrity when participants are forced to compete remotely.

Because of esports' nature it has been better placed to adapt to social distancing, though leagues have still been forced away from flagship venues to remote competitions. It has also offered a great platform for traditional sports to continue providing content to fans - as with the Race at Home series.

However, maintaining integrity in isolation is a big issue as it becomes impossible for leagues to uphold checks usually in place to combat tampered gear, doping, aimbots and ringers. Cheaters more subtle than Daniel have forced competitions such as League of Legends to introduce measures including extra cameras in players homes, voice monitoring and screen recording.

Traditional sports may be wise to adopt similar policing when conducting their own online showpieces. With usual outlets stifled these events provide an opportunity for sports to engage fans and maintain profile. That purpose is undermined when participants flout rules or fail to take things seriously, leaving all parties looking a little foolish.

Athletes on the other hand should be wary of pulling similar stunts. Showpiece events might seem lighthearted, but dishonestly is unlikely to sit well with employers and sponsors - as exemplified by Audi's statement below. So even though the uncharted waters may only be virtual, it’s still best to avoid rocking the boat.

Integrity, transparency and consistent compliance with applicable rules are top priorities for Audi—this applies to all activities the brand is involved in without exception. For this reason, Audi Sport has decided to suspend Daniel Abt with immediate effect. 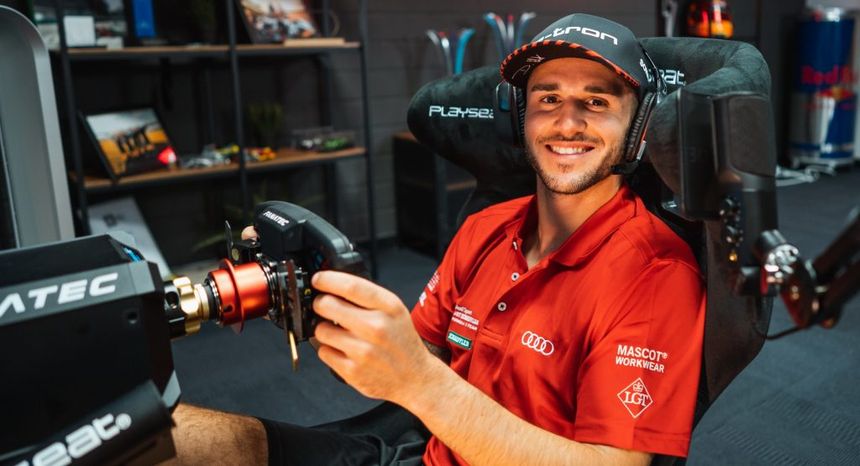 Don't Cha wish your contract was agreed like me? The limits of MoUs & HoTs - ft. the Pussycat Dolls
Benjamin Smith