The ASA has published guidance for advertisers in an effort to ensure that in-game purchases are marketed responsibly. The guidance’s key aim is for consumers to be better protected, amid mounting concerns about the potential for in-game purchasing to mislead consumers and cause harm to vulnerable (often young) gamers.

In-game and in-app purchases have long been a subject of concern amongst regulators and legislators in the UK - with stories of children running up eye-wateringly expensive bills purchasing in-game items and “packs”, set against the overarching controversy around the similarities between loot box mechanics and traditional gambling. The DCMS Select Committee on Immersive and Addictive Technologies issued a call for evidence in September 2020 about loot boxes, but the outcome is yet to be released.

Broadly, the key principles of the new ASA guidance include:

Interestingly, the guidance delves into the issue of virtual currencies in some detail.

Where a virtual currency is only obtained by purchasing it using real-world money, then the digital storefront and any inducements to purchase in-game items will be considered advertising for the purposes of the CAP Code, on the basis the virtual currency is acting as a “direct proxy” for real money.

Where a storefront using digital currency falls within remit, players should be able to determine easily what the equivalent real-world price is for the item and/or whether they will need to spend money on more virtual currency.

Where consumers can buy virtual currency to use for in-game purchase, the cost of this currency should be made abundantly clear. This is particularly important when currency is ‘bundled’ and sold in a way that means the price-per-unit varies according to the size and price of the bundle (e.g. 100 credits for £5, 200 credits for £7 and so on).

The guidance does note, however, that where in-game storefronts use virtual currency that can be earned through gameplay as well as purchased, this is very unlikely to be considered advertising for the purpose of the CAP Code.

“Odd-pricing” is defined as where the increments of currency bundles a player can buy do not match the increments of the virtual currency price for in-game items – meaning players have to purchase more currency than they actually need to spend on the items they want. This can make it difficult for consumers to work out what they will need to spend on virtual currency bundles in order to purchase a specific item, meaning that they may make a transactional decision that they otherwise would not have done with more information.

In advertisements external to a game which detail the virtual currency price for an item, advertisers whose products are affected by odd-pricing should include sufficient information about the costs of their currency bundles to allow consumers to determine the real-world cost of the item when the virtual currency purchase is taken into account.

The guidance notes how there is an unnatural natural sense of “urgency” that may accompany decision-making to purchase within games, due to the fact the in-game purchasing happens within immersive gameplay itself.  This urgency is over and above the degree experiences in other forms of media.

For immersive ads within gameplay (such as pop-up offers to purchase extra resources to retry a failed level, or to skip waiting times), marketers should avoid the use of mechanics that may place undue pressure on players which prevents them from making an informed choice or misleads them as to the nature of the purchase. Examples of this include short countdown timers, implications that a purchase will lead to success and/or complex offers involving significant sums of money.

Equally, in-game messaging relating to random-item purchasing (being in-game purchases containing an element of chance, in which the consumer does not know what they will receive until the transaction is completed - commonly known as ‘loot boxes’) is highlighted as an area in which marketers must take particular care. The inherent element of chance with loot boxes (akin to the addictive element of chance in gambling) can provoke some players to make immediate purchase responses for another ‘spin’ of the loot box wheel.

Messaging for random-item purchasing should be carefully constructed so that consumers are not likely to be misled about the chances of being awarded with a particular rare item.

More broadly, advertisers should take care to ensure that the gameplay shown in the ad is generally representative of the game itself. Care should be taken to avoid misleading consumers if an ad includes images or sounds that are not representative of actual gameplay. This includes ensuring that any non-gameplay footage is clearly identifiable as such.

In recognition that, for some advertisers, changes to in-game content may be required, the ASA will be willing to deal with complaints on an informal footing for a period of 6 months for in-game content and 3 months for all other ads covered by the guidance, to afford the industry some time to implement any changes effectively. Following this period, the ASA will return to their usual procedures for determining whether to pursue cases in non-compliance more formally.

As always, CAP and BCAP are mindful of the need to avoid unintended consequences of introducing new guidance and to ensure that it is effective. As such, the guidance will be subject to review after 12 months.

The guidance is aimed at ensuring that advertisers know how to avoid misleading consumers about the cost of in-game purchases, whether games contain them, and how they might affect gameplay 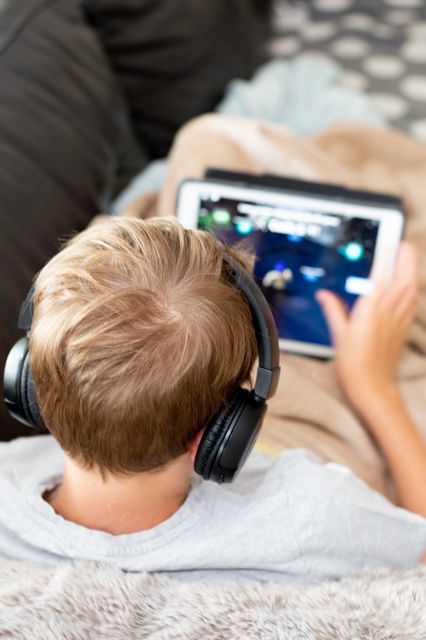